It’s nice to know you are loved. In this case it was so much better when I just asked about it instead of waiting for someone to tell me they loved me. But when the opportunity arose—I hesitated.

This year for Valentine’s Day, my friend Tim posted the following for his Facebook status:

“From now until Valentine’s Day, I am going to tell Facebook friends Why I love them. If you wish to be included, comment with “Why do you love me?” and I will tell you.”

When I first saw this I wasn’t sure what to think. Tim posted the above statement on February 12th which gave people a chance to respond. At first I hesitated and didn’t respond. I was afraid if I responded I would get a foolish answer. The thought of being publicly embarrassed in a virtual social venue terrified me. Stupid, huh? Not really when you think about it. No one really likes to be embarrassed—even the people that say they do don’t like it at heart. We want to hear good things about ourselves. We want to be appreciated. Anyways, I waited a few days before I responded with “Why do you love me?” to Tim’s post.

The reason I responded? It was because I saw the responses that were coming from Tim as other people responded. I noticed some people responded with doubt with responses similar to the following statement, “Well I don’t know if this is a joke or not, but what the heck…Why do you love me?”. It’s very similar to the reluctance I experienced. So I took a risk. I was loving the responses Tim was giving to his other friends so I asked, “Why do you love me?” and about a day later I received his response:

Tim wrote: “Sara Sawochka—I have loved you since you came to the Thanksgiving run I hosted in Crown Point. I think you came dressed as a pilgrim? To me, you just seemed too cool and that’s before I even knew you! Then I loved you for your writing and your passion (whether it was running or animals or any variety of topics) and your honesty! You would include things in your writing that were very personal and I admired you sooo much for being able to share so much of yourself. Then, you went to Comic Con and it’s an easy thing to make fun of, but I really think you genuinely appreciated it and that is where I got to know and love Pete Sawochka.”

To answer Tim’s post, I was at the Thanksgiving run which I thought was incredibly creative and so fun. I was not dressed as a pilgrim but I was there! See below: 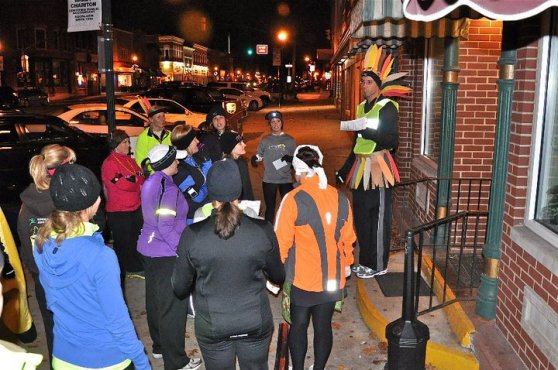 Other than me not being dressed as a pilgrim, Tim hit the nail straight on the head!

And as for loving Pete Sawochka—no comment on the love between Pete and Tim! It’s between them! But let me tell you that these two really clicked at Comic Con.

Thank you so much for your kind words Tim. They meant so much to me. They made my day, my week and my month!

Don’t be afraid to ask for love like I was. Don’t hesitate. Go for it! It’s sooooo worth it to hear how you are loved. Love is all around!

Hey, do you want to learn how to make your own almond milk? 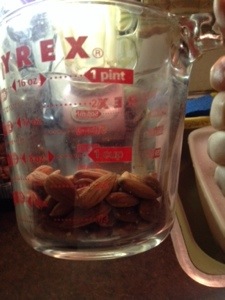 First, we will soak our nuts by taking one cup of almonds. 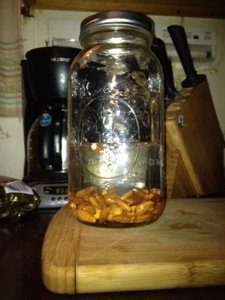 Put the cup of nuts in a bowl or glass jar, fill the container with three cups of water and walk away. The nuts have to soak for preferably 12 – 24 hours to soften them up a bit for their future spin in the blender. Convenient, huh? That’s what I thought!

Here is a picture of 3 cups of water over 1 cup of nuts in a glass container.

The nuts will absorb the water so tomorrow when we make the milk we will have bigger, softer nuts! Go ahead and laugh because it’s both funny and cool!

Talk to you on Day 2 when we make our milk!

Stuff I Write About